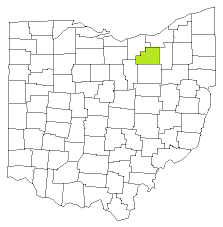 Medina county is being pushed to depart from its long-established mixed-waste processing recycling system, after a report indicated the method was producing a recycling rate below 4 percent. Medina County is located southwest of Cleveland and just west of Akron.

Since 1993, Medina County has owned a mixed waste processing center that received all MSW from the county’s roughly 175,000 residents. The facility, which had been operated by Envision Waste Services, has come under fire after the County released data indicating it only recovered 3.6 percent of material in 2012. The county report containing that data recommended keeping the mixed-waste system until 2030 and complementing it with a drop-off program.

Leaders in the City of Medina, which serves as the county seat, have advocated an immediate rewrite of the 2016-2030 plan, altering it to introduce curbside collection. “A 3.6 percent recycling rate is not satisfactory to the residents or city officials,” John Coyne, Medina City Council president, told Resource Recycling. According to Coyne, when the facility first started operating in 1993, it was billed as “a new and better way to recycle materials.” But he says after more than 20 years of sending material to the site, he and other local leaders are ready for a revamped process. “Our goal is to lower our costs and increase recycling as much as possible, and I think that’s everybody’s goal,” Coyne said.

According to Beth Biggins-Ramer, the county’s solid waste district coordinator, the County has stopped using its mixed waste processing center until it can figure out how the facility fits into the region’s waste management aspirations. She added the region’s most pressing need currently is not necessarily lifting recycling rates. Instead, the goal is simply meeting the state obligation to ensure recycling access and update the county solid waste plan. Biggins-Ramer said her department has heard “loud and clear” some residents’ desire to move toward a more traditional curbside system. “We are not against that,” she said. “Our constraint is working through all the statutory timelines we are mandated to.”

For the time being, Medina has introduced a “single-stream drop-off” system countywide, with all other material currently going to landfill. Its 400-plus page solid waste plan for 2016-2030 has to be approved by Medina’s communities and reach the Ohio EPA by the fall. In addition, a working group has been established to look into possible changes to the program, including introducing curbside. If that working group can settle on actionable items, the County will “voluntarily enter into a new and updated plan rewrite,” Biggins-Ramer said.

Steve Viny, the CEO of Envision, argued the now-idled mixed waste processing facility has been popular with the community and successful. “It’s been a successful program for over two decades, it’s been well embraced by the general public – they love it – and it’s also helped the County meet the state of Ohio’s recycling access goals,” Viny said.

Medina’s mixed waste processing center is one of only a handful operating in the U.S. The facilities, also referred to as dirty MRFs, to attempt to recover recyclables from the MSW stream. The approach has been hotly debated by many in the recycling industry. The fate of Medina’s 15-year plan, which will be voted on by the entire County later this year, could come down to the City of Brunswick’s position. As the largest city in the County, Brunswick has “veto power,” Medina’s Coyne said, to decide whether to approve or decline the plan. Coyne said Brunswick has been “generally aligned” with the city of Medina on the recycling issue. Brunswick officials did not return a request for comment.