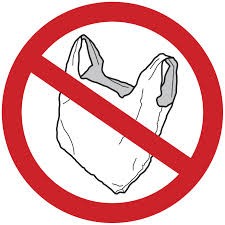 Many municipalities in California have started a popular wave of plastic bag bans and it could be catching on in Ohio. Mayor Michael Coleman introduced a 5 year sustainability plan for the city of Columbus that includes a consideration on banning or at least creating a surcharge for plastic bags in the city. Kris Keller, a Clintonville Area Commission District 8 Representative, has introduced the idea to prohibit many large retailers from using plastic bags, or at least charging for them to reduce the use. This would exclude small businesses, however. According to the Mayor’s 5 year plan, if 5,600 people commit to using reusable shopping bags, assuming each person uses two bags per week, together they will have avoided the waste of 1,164,800 plastic bags in just one year. In similar news, the Arizona Senate has passed the vote for disallowing individual Arizona municipalities to place bans on plastic bags and bottles. It is currently awaiting the signature of the Governor. If this is signed, it will be the first statewide law keeping municipalities from putting bans on plastic bags. The problem with these bags for curbside recycling pickups is that many materials recovery facilities have said that they can jam up equipment and interfere with operations. This leaves most residents throwing the bags in the trash, ultimately ended up in a landfill where it will not biodegrade for 20 to 1000 years.