The Complex Business of Recycling E-Waste 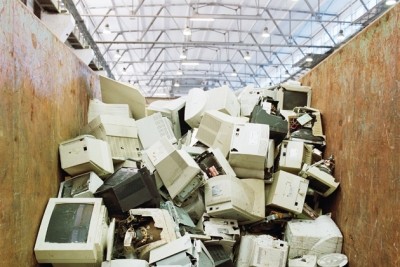 IBM’s massive recycling facilities are more like rehabilitation centers. Most of the computers, printers, and servers—castoffs from IBM’s offices, along with equipment previously leased to corporate customers—are refurbished and resold. Some are salvaged for parts.

But inevitably some electronics are too old to resuscitate. Therein lies one of the biggest conundrums of the digital age: How to properly dispose of e-waste, which contains toxic materials such as lead, mercury, and cadmium. “It’s easy to buy something, but it’s hard to get rid of it,” says Richard Dicks, general manager for the IBM (IBM) division that handles the triage.

Americans get rid of 47.4 million computers, 27.2 million televisions, and 141 million mobile devices annually, according to the latest figures from the Environmental Protection Agency. Only a quarter of all those devices are collected for recycling.